“Belief’s a funny thing, Father. You’d think where life is worst, people would just be begging for a piece of Eden. Then take a look at B Sector. Folk everywhere. Millions. Billions for all I fucking know, just trying to scrape by, living in three by three square with no income – and no washtubes, for fuck’s sake. You really think even one of ’em trusts the Church?


Hell, if ya want proof, just talk to the locals for a change an’ see how they react. Sure, you might look like a priest, but for all they know you’re that git who steals their kid or rams a rusty shiv in their gut. And, if you did, who’d fucking notice? Who’d really fucking give a shit? The Loving Stars? Those high an’ mighty laws the Clergy harps on about? Gimme a fucking break.

Down here, there’s only one rule: the corpse is always wrong. But that’s the funny bit: jam a nine millimeter in someone’s face and you’ll get faith loud and clear. They’ll be begging the Loving Stars for mercy, praying to Eden you won’t ice ’em. It ain’t quite love and tolerance like you’re teaching but it’s belief – in the scientific certainty that bolt plus velocity plus brain equals splat. Guaranteed.” 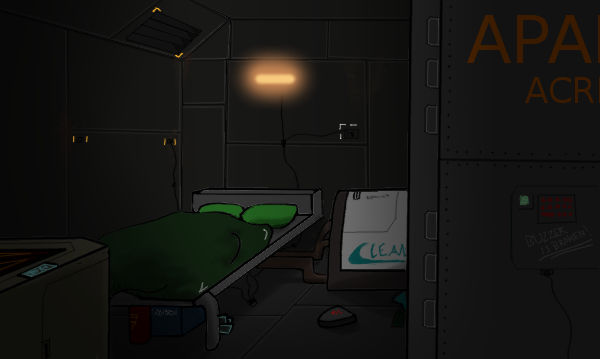 “Run around chasing ghosts? That’s what you do now, kid?”

The Atheist is initially aligned with two notable factions: the Church of Eden and Wilkin’s Raptors. The former is their current employer and the galaxy’s de-facto government, the latter a local mercenary outfit they helped establish and whose “management” they’re still on speaking terms with – barely. 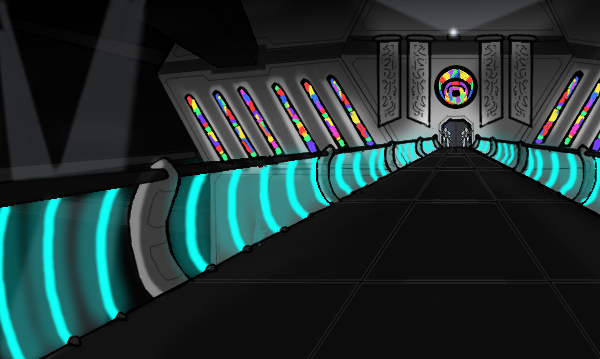 Cathedral of Beams
(Church’s Seat of Power)
While the Church of Eden gives the Atheist their dubious legitimacy – Vine’s been legally sanctioned by the Clergy to investigate and exterminate any abominable presence – it’s time spent working with fellow Raptors that taught them street smarts, tactics, guile, and to never trust an employer. 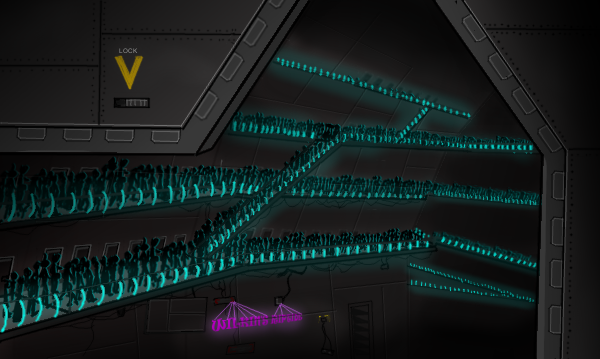 Walkways outside Wilkin’s Riptide
(Raptor HQ)
What the Atheist lacks in connections and eloquence they make up for in skill with coilarms, quick wit, and a healthy dose of common sense. Gameplay wise this is represented in the Atheist’s InZtinct sheet, which groups available skills into three loose categories:

All too aware that abominable entities are almost always superhuman in some way, the Hunter has honed their body and mind to perfection and fears no foe – be they human, machine, or abomination – in battle.

Specialized in aquiring information, the Private Eye makes use of bribes, concealment, and code bypasses to glean insight without provoking direct confrontation.

More pragmatist than gunslinger, the Mercenary knows that skill alone isn’t everything; getting the best price is just as important as proper equipment and tactical know-how.

Armed with this wealth of underworld experience and unburdened by faith or loyalty, the Atheist is a creature of flexible morals. They don’t see the galaxy in black or white, or even shades of grey. All the Atheist registers are cause and effect, and they know perfectly well that they can become a monster just as easily as hunt one.

Maybe that’s why the Church sanctioned them. After all, who’s better suited to venture into the dark corners of the galaxy than someone who’s already been there, done that, and not quite moved on? 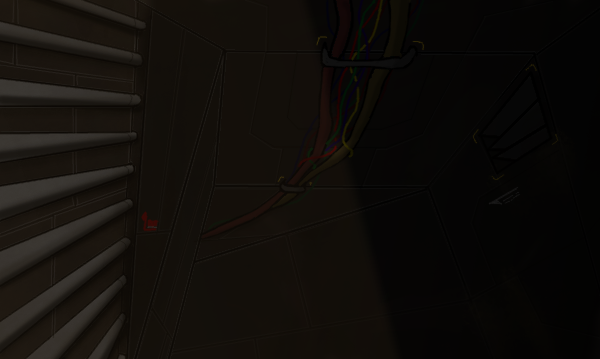 We’ve shown a few images and talked a bit about what Scaffold 22 is trying to do but that never quite portrayed the narrative depth and mechanical nuances of our game. Which is a bit of an oversight, considering the only reason anyone would play… uhm, read Scaffold 22 is to experience the world, interact with its characters, and delve into this sci-fi adventure.

Obviously, there are way too many factors at play to pack into a simple character portrait like this or the ones which will follow; it’d take an entire manual and then some to explain everything that can, might, and probably will happen over the course of a playthrough. So why not just give Scaffold 22 a try and see for yourself?