“Fuck Eden. Seriously. What good has the Church or its Loving Stars ever done? Rhetorical question – just look around the Downs. Six levels down from their fucking Cathedral and society”s a quagmire of a million and one problems.


Rampant poverty. Over-population. De-legislated pill trade. Street warfare. Homosexuality. Even slavery, for fuck’s sake. And that’s just the tip of the iceberg; real, live issues a Downer faces every day. It kinda begs to ask: who causes them?

The local gangs? Nah, they’re a symptom. The desperate, underpaid lower class or maybe those damn gays? Possibly, but why is everyone here so broken? Just think it through for a moment. Who benefits most from poverty? The Hegemony and their capitalistic ventures? Hardly. They by definition need a strong economy to survive and that ain’t something B Sector’s got.

So who else is active in the Downs? Wilkin’s Raptors? Fair point but too easy. Let’s go deeper: who put them in power, gave them ‘legal’ permission to rule their kingdom of shit? Exactly. The Clergy. And what does the Clergy want? Hm, maybe all those ‘donations’ they get from the hopeless many who want a better lot in life, who wanna be part of something ‘greater’. Yeah, the ones who’ve been duped into becoming part of an abusive system that shits on the little man for their last few dozen credits.

Sayin’ that ain’t hate speech. It’s pure and simple fact. Those theo bastards are ruining us every day an’ calling it… well, fuck. Real crying shame here is they won’t listen when we tell ’em to fuck off. No, only way we can make our voice heard – and get those fucks out of the Downs – is blood in the gutter.

Maybe then the Church will fucking listen. But I doubt it. They just don’t care.”

Embodying the player character’s resentment of the status quo, the Theophobe archetype is a disdainful outlook on life and the world of Scaffold 22. In simple terms, the Theophobe desperately wants change to happen in B Sector and believes the best way to achieve this is via covert sponsorship by the pro-capitalist, anti-religious Corporate Hegemony. 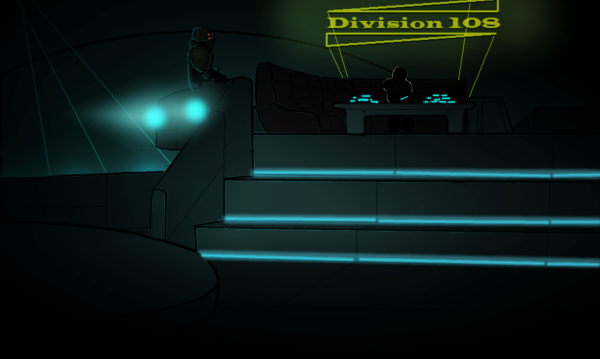 – Vine, upon joining the Division’s cause

The Theophobe is an ardent supporter of Division 108, an alleged hate group and private security contractor which specializes in riot control. As a result, they are sympathetic to the organization’s goals: bringing safety and stability back to B Sector; by brute force if necessary. They also enjoy clandestine support from the Corporate Hegemony but have few other allies. 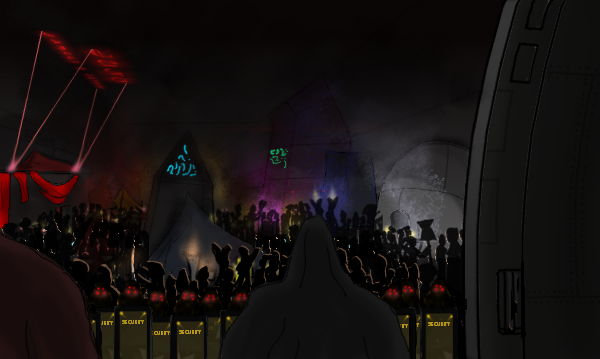 Religious Sector
(During Division 108 Intervention)
Despite their extreme stance, the Theophobe is not necessarily prone to polarized views and hateful sentiment. Sure, some Division 108 supporters draw a hard line between ‘pure’ humans, whose existential struggles can be related to, and the mutated, abhuman and abominable, whose sheer existence is an insult to humanity.

Other simply make good use of their connections with the Hegemony to gain access to advanced training and high-tech weapons systems. Or maybe the Theophobe joined the Division’s cause to vent their ever-mounting frustration in unrestrained hate speech and violence? 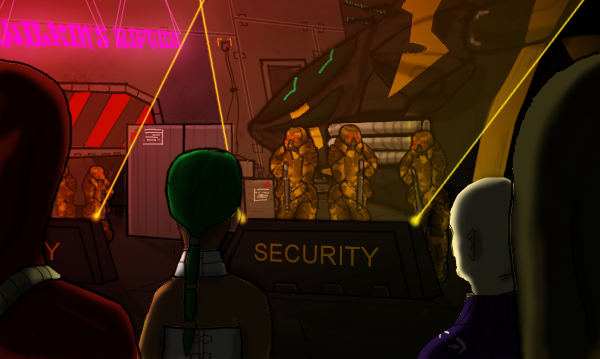 Division 108 Deployment
(Outside the Riptide)
This sliding scale of pragmatic dislike for the Church and hateful extremism forms the core of this character archetype. Gameplay wise this is represented in the Theophobe’s InZtinct sheet, which groups available skills into three loose categories:

Driven by a deep disdain for any and all things “other,” the Xenophobe is a violent extremist whose only focus in life is destroying that which they detest – be it abomination, machine, or simply misguided.

Backed by an organization with an extensive history of corporate conflict resolution and riot control, the Agent is a well-connected individual who furthers the Division’s cause by means of soft power and subtle threats.

A trained professional with access to the best equipment credits can buy, the Soldier forms the backbone of Division 108, both in overt operations on the walkways of B Sector, and covert strikes against rival parties.

Whether the Theophobe succumbs to unrestrained xenophobia or furthers the Division’s agenda for more pragmatic reasons, one thing is certain in their mind: the Church of Eden is an abusive, exploitative, and corrupt organization that must be muzzled once and for all.

It might not be a glamorous cause, or even an admirable one, but the Theophobe has good reason to resent the status quo. They grew up in B Sector, after all. They know first-hand how harsh life on the walkways can be. And they’re more than willing to fight – and kill – to bring some semblance security back to the place they call home. 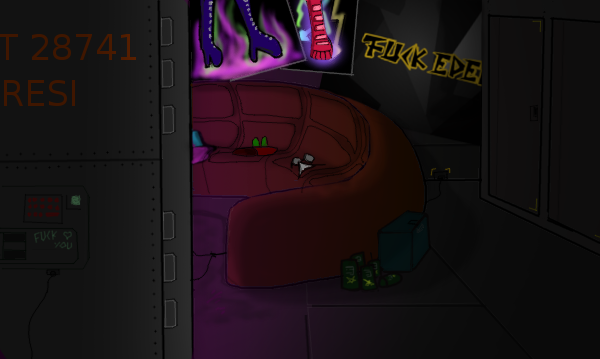 A Home
(albeit not the player’s)
Continued Development

As anyone who’s played Beta 0.6 will know, there are still a bunch of issues in the latest release which we’re working toward smoothing over. Most of these aren’t worth mentioning (bugs, missing artwork, iffy balance) but two stand out: the intro and social interaction.

First, the introduction to Scaffold 22 has a tendency to overload new readers / players with far too much information. Worse, it does nothing to introduce core gameplay mechanics, instead focusing on the complexities of a world and narrative the player has no connection to because they haven’t experienced it yet.

As a result, the introduction is being re-worked for Beta 6.1 so that the world and core gameplay mechanics are presented directly and with greater clarity. Also, the experience begins slightly removed from the main storyline, thereby reducing information overload and allowing exploration of the game world before major events even kick off. 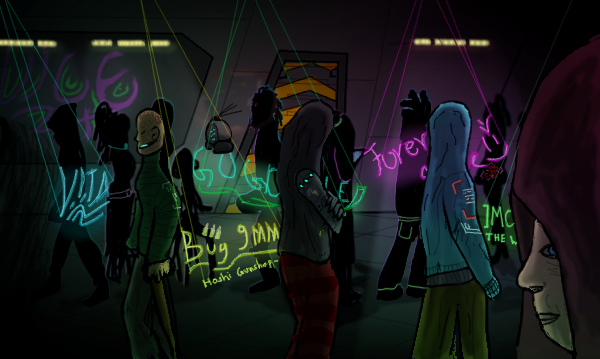 Redone Intro Artwork
(which might need another rework)
Second, while Scaffold 22 includes a lot of side content, it fell short in the realm of social interaction. We’re improving on this by including a few more unique scenes to liven up the ‘social’ venues such as bars and clubs. We’re also introducing a new mechanic that relates to social encounters: stress.

This mechanic tracks how much pressure the player character has been under recently, how much or little downtime they’ve had, and how likely they are to suffer burnouts. While these can have devastating effects when ignored, the idea behind burnouts not to punish players for relentlessly rushing from encounter to encounter, but instead encourage them to relate with their character’s personal struggles – and maybe explore some social-centric side content along the way.

All that and more coming in Beta 6.1, which will be released ‘soon’ – which means when it’s ready. In the interim, why not give the current version of Scaffold 22 a try?